A series of kinetic sculptures placed within the Herne Bay Coastal Park between Herne Bay and Reculver Towers.  The trail would be situated along an established walking and cycling route with
an existing infrastructure for access and mobility. This falls within an SSSI environment which is protected and would provide the natural synergy to engage and inspire visitors. 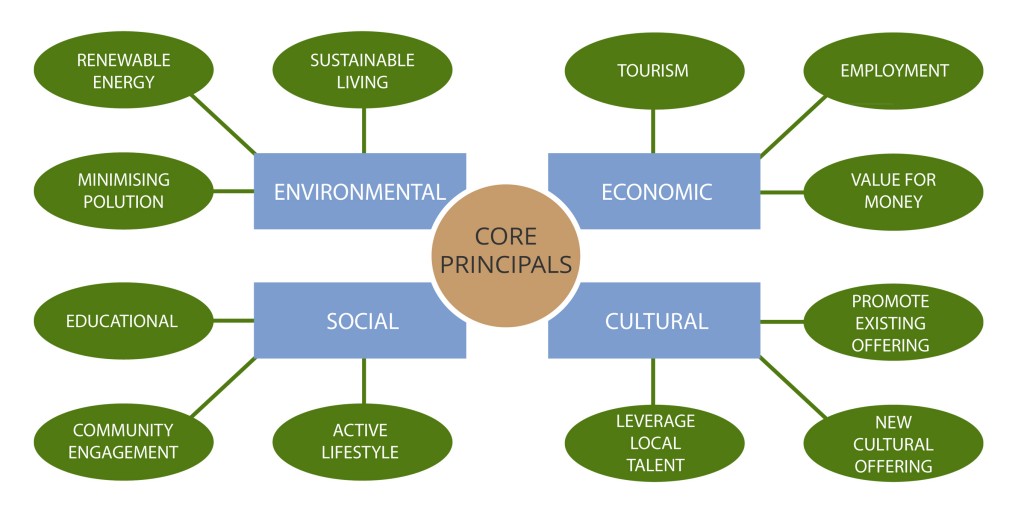 The project is guided by four core principles to ensure that aims and objectives are met: 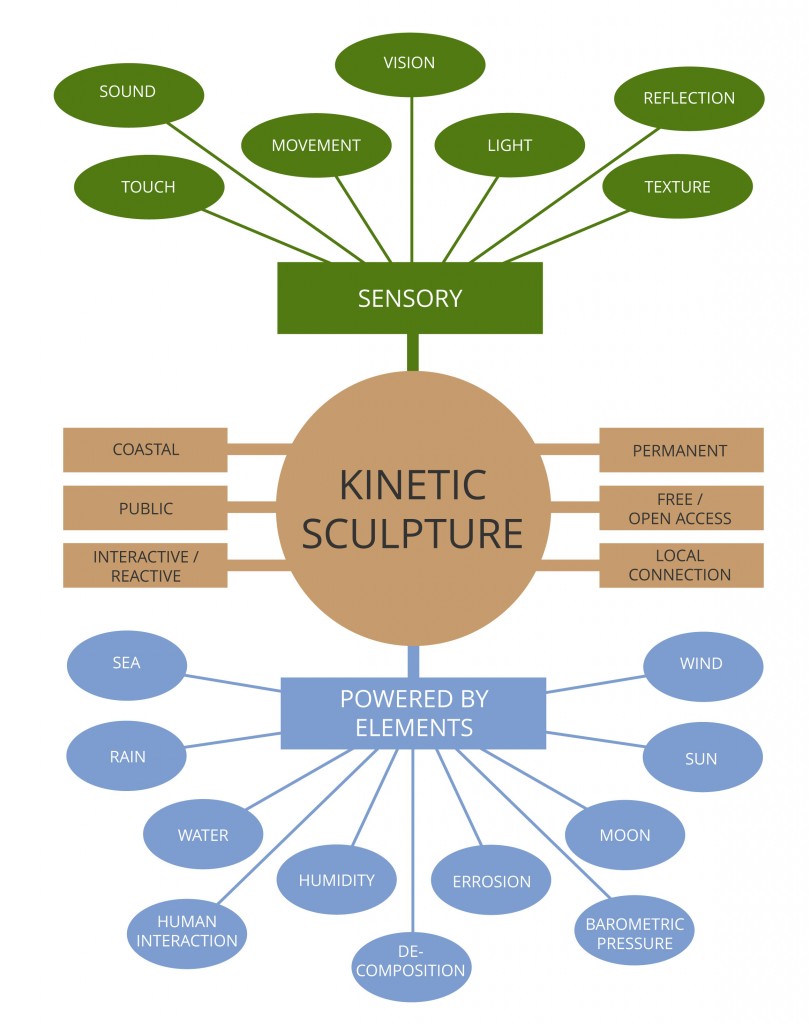 This graphic illustrates the physical attributes applicable to any potential sculpture on the trail, with each sculpture featuring a selection of both sensory and elemental attributes.

As food for thought, some potential ideas for sculptures which could form part of the trail:

Powered by the rising tide, ‘Metamorphosis’ is a metalicsculpture which transforms from the indiginous thornback ray at low tide, rising to form a 3 metre high short snouted seahorse when the tide is high. Situated at the end of the pier it would serve as a sign to sea vessels as to the tidal conditions for entering and exiting the harbour.

At around 20 feet high, a giant metal whelk shell would stand vertically along the coast. The perfect spiral form of this local mollusc will have its opening facing the sea to force the north wind through holes in it’s spiral creating an array of different sounds evoking childhood memories of putting a seashell to one’s ear. The metal would weather and change in colour over time creating interesting colours and textures. Visitors would be able to enter through the opening to experience different qualities of sound and light such as rainfall on the struckture and the light cast through the holes.

Telescopes forming a tangled system of pipes would be trained on key points of interest along the coast such as Reculver towers, the pier head, and the forts. The eye pieces would spread out in a circle at the bottom allowing multiple viewers at any one time.The experience would disorientate the viewer as the direction in which they are faced would have no correlation to the landmark on which the telescope is focused.

A large drum on a spindle would be forced to revolve by the prevailing wind. Gaps in the side of the drum would reveal an animated series of images on the opposing face inside. Wind direction and speed would dictate the speed and direction of the moving pictures witnessed by the viewer. This is one of the earliest forms of animation and has a history as a pier end seaside attraction such as those which inspired Marcel Duchamp. 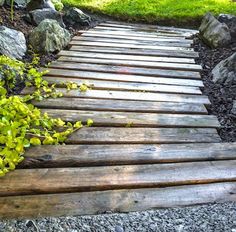 A simple wooden walkway between two points formed of planks which, when stepped on, would each cause a beater to strike one or more hollow tubes creating music as the viewer crosses. Each viewer would create a unique tune depending on the length and power of their gait and the speed at which they decide to cross. 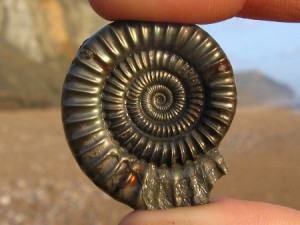 Inspired by Duchamp’s art work involving found objects and Bishopstone’s reputation for its wealth of fossils, this giant fossil sculpture would be made entirely of found objects from this stretch of coastline.It would be an educational piece describing the impact that plastics and other human-made waste has upon our coastline and sea life. The fossil being a reminder of the short space of time, relative to life on this planet, it has taken us to do so much damage. The sculpture would harness the elements in some way to produce movement, sound, or a trick of the light. 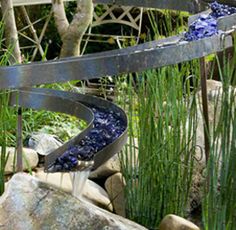 A rainwater harvesting device would be built into the side of the Downs, perhaps some 40 metres up. When the water reaches a critical mass it would be released flowing down channels in the hillside and creating a water feature, consisting of moving parts and fountains powered by the water pressure. The activity would be controlled completely by the weather conditions making it unpredictable and surprising.

Balls travelling down through a network of pipes, create music as they drop from one level to another onto metal or wooden plates giving the sound of a glockenspiel or xylophone.A windmill attached to a winch would deliver the balls back to the top to create perpetual motion and perpetuel music. The overall effect being and audio visual symphony for the viewer.